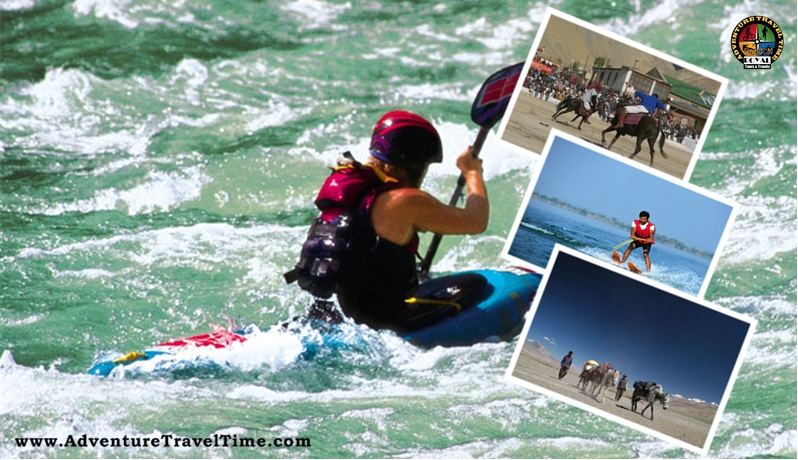 Break those restrictions on that naughty part of you and lose yourself in adventures with Royal Adventure Package; Climb the great Himalayan Peaks, Cycle your way through rugged valleys, old countryside, tracts on the banks of fresh ever rivers, Ride the great Asiatic horses in green valleys, hill tracts and mountain passes and cut those wild currents and raft your way through !

We have great adventure time for you that's why we call it AdventureTravelTime ! 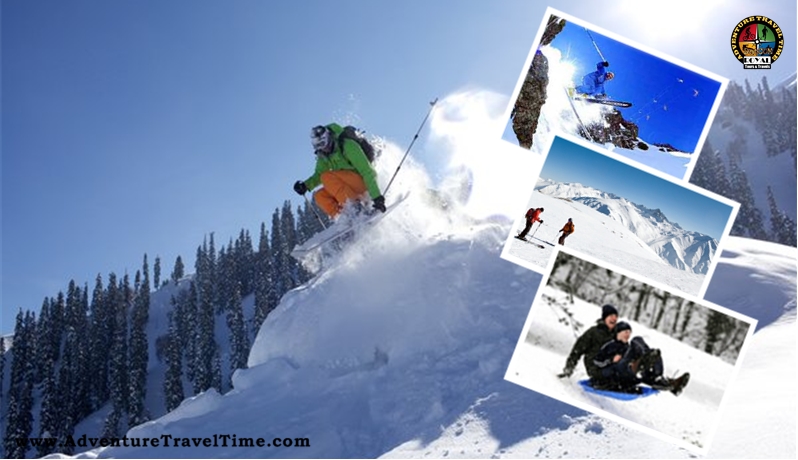 Duration : 17 days and 16 nights
Gulmarg Ski Tour (Season: Mid December till mid march): A seventeen Days Skiing odyssey at Gulmarg, the only developed resort in Asia at an altitude of 2666 mts. The slopes at Gulmarg are quite specific for beginners and experts because each year International Skiing Tournaments are held here. Latest equipment is available with Royal Tours to make your skiing experience wonderful. Added to it there is a chairlift (Cable car famous by name of "Gondola") reaching to a height of 2800mts. from where advanced and professional skiers can have their exciting runs. 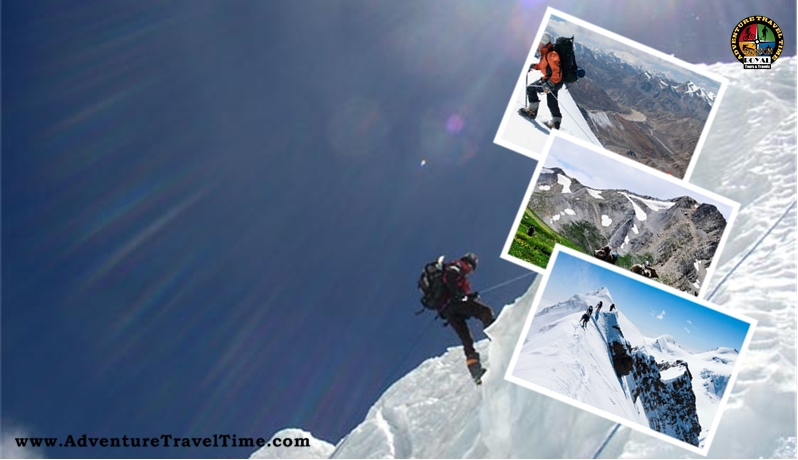 This is a paradise for adventure seekers and nature lovers. The varieties of flowers, covering the valley, spellbound the visitors. The Pushpawati River also makes the valley a picturesque destination.

There are over 520 species of flowers and thus, the valley was acknowledged as a National Park in 1982. Himalayan Black Bears, Brown Bears, Musk Deer, and beautiful birds and butterflies find natural shelter here. 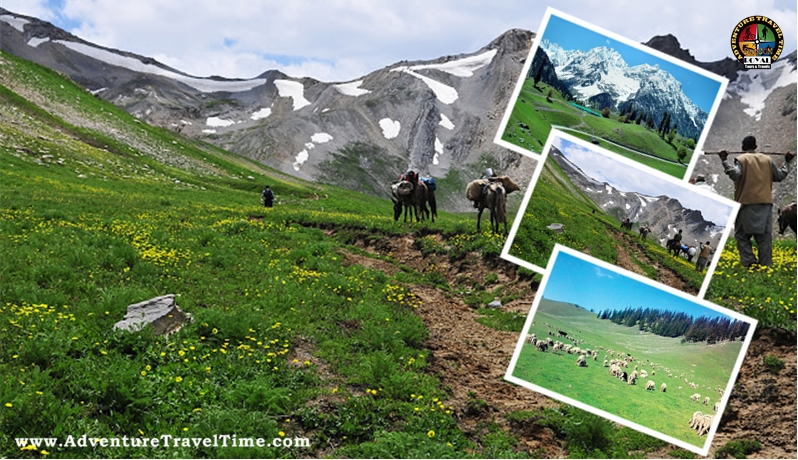 Duration : 8 days
Travel on horseback in Tribal rural area, through attractive forest and stay in some small castles and palaces. Be away from the tourist trail, giving plenty of time to absorb the special atmosphere.

Safaris of up to 180 kilometres are available. Riders in the Shekawari region, Central Rajasthan and on the firnge of the Thar Desert for medium or advanced riders and for groups upto 15 riders can be arranged. We offer a number of enjoyable trails through the Udaipur hind land offering serene landscapes, tribal villages, hills and lakes. Leave the hustle and bustle of Indian cities behind you and enjoy the peaceful Indian countryside on horseback. We offer all kinds of short and day rides besides riding lessons for children and beginner. Our horse rides are suitable for all levels of riding experience. 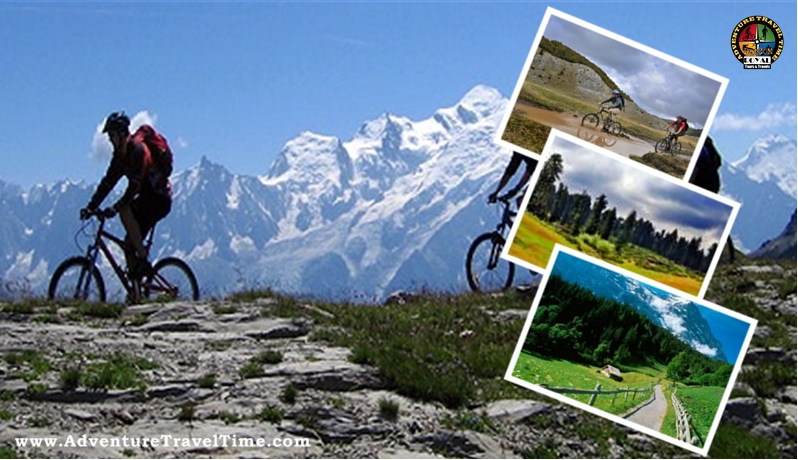 The Doon valley lies between two intermittent ranges of the Himalayas in the state of Uttarakhand, India. Within the valley lies the city of Dehradun, the capital of Uttarakhand state. It is bounded on all sides by mountains, with one range running from the west to the east (with Mussorie at the centre) in a semi-circular arc; and one running at the south from Poanta Sahib to Haridwar. The valley also forms a watershed between the Yamuna and Ganges river systems. In fact the Yamuna and Ganges are closest to each other as they pass the Doon valley, with the Yamuna forming the western boundary and the Ganges the east.

Cycling with escort vehicles in attendance is an excellent way to experience the countryside. 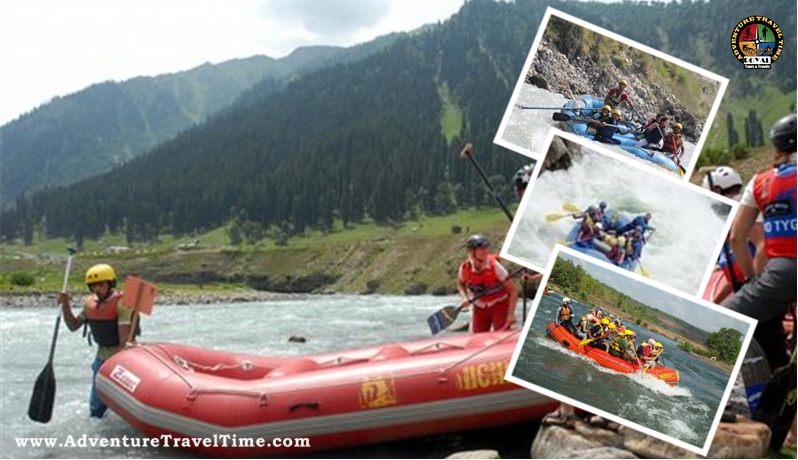 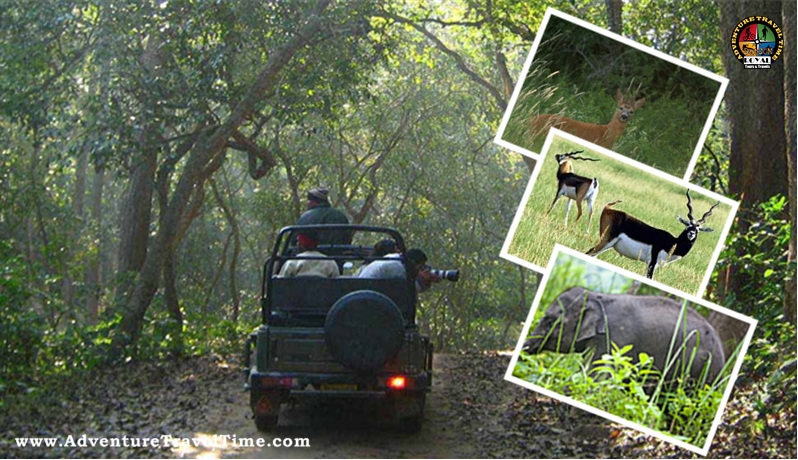 The Manali-Leh road is open only for 3-4 months, between July and October, every year before the snows cover it up or wash away the road. This overland route had become an increasingly popular way to go to Leh. The advantage of the road route is that one sees an amazing panorama of nature's beauty and also gets gradually acclimatized to breathing in the high altitude atmosphere, which is a pre-requisite to staying at Leh. An unforgettable experience as the road traverses a variety of landscapes and one can hardly put the camera away. Along the way nature impresses with awesome mountain passes of 17-18,000 ft., long stretches of flat, cold desert without a trace of vegetation, amazing natural rock formations and deep gorges of the rivers Beas, Chandra, Bhaga and finally Indus. From the snow-clad mountains, when the snows melt, one sees beautiful waterfalls and gurgling crystal clear mountain streams. Along the streams and rivers are human habitations with pockets of rich cultivated green fields, fruit orchards and wild exotic plants used for preparing herbal medications. 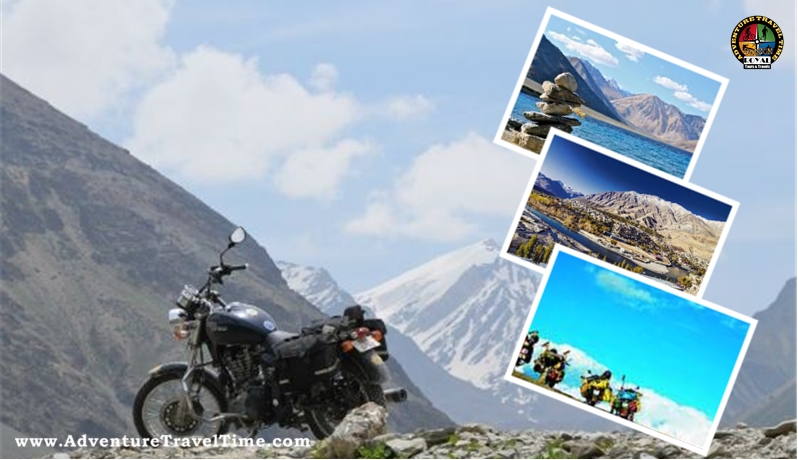 Weather is hot and dry with day time temperature ranging from 25 to 30 degrees C. Evening temperatures are cool as low as 10 to 15 degrees C.rainor snow always possible.

Manali ( Himachal Pradesh ) to the North - west Indian state. This small friendly state is situtated South of Kashmir and to the West of Tibet.

Manali lying at the head of valley the Daula Dhar and Pir Panjal ranges running parallel to the South , the Bara Bhangal to the West and the Parvati ranges to the East.

Outline Itinerary : The Itinerary is a daily guide which may be altered if necessary or advantageous.