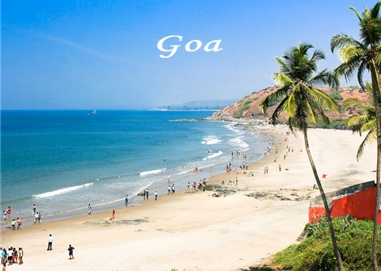 A tiny emerald land of 3,702 Sq. Km. on the west coast of India, with its natural scenic beauty, attractive beaches, churches and temples, famous for it's architecture, feasts and festivals and above all hospitable people with a rich cultural milieu, has an ideal tourist profile. Econced on the slopes of the Western ghats (Sahyadri ranges), Goa is bounded on the North by Sindhudurg district of Maharashtra, on the East by Belgaum, on the South by Karwar Districts of Karnataka, and on the west by Arabian Sea.

Goa, the land of beaches, is the smallest state in India and yet, arguably, the biggest tourist destination of the country..

To the south of Maharashtra lies Goa. The 100km- (60 mile-) long coastline offers some of the finest beaches in the subcontinent. Goa was under Portuguese rule until 1961, and there is also a charming blend of Latin and Indian cultures. Panaji, the state capital, is one of the most relaxed and elegant of India's cities. The town is dominated by the huge Cathedral of the Immaculate Conception, but the shops, bars and pleasant streets are its main attraction. 'Old Goa', only a bus ride away from Panaji, displays a bewildering variety of architectural styles. Buildings of note include the Basilica and the Convent and Church of St Francis of Assisi. In nearby Ponda is the 400-year-old Temple of Shri Mangesh, which is said to be the oldest Hindu shrine.

Goa's infamous hippies are being replaced by backpackers, Indian visitors and package tourists. Full moon parties still take place in Anjuna but are smaller and less authentic than in the heady days of the 1960s. Anjuna is also famous throughout Goa for its Wednesday flea market. If you are looking for beautiful, quiet beaches head for the South between Benaulim and Palolem. Accommodation in the region includes the luxury resort of Aguada, the Taj holiday village and the Aguada hermitage. There are also good, simple hotels and cottages for rent in villages along the coastline, notably Calangute, Baga and Colva.

Goa also has several wildlife sanctuaries, including Bondla in the hills of western Ghats, where wild boar and sambar can be seen in their natural habitat. The region is famous for its food - an array of dishes, both Indian and Portuguese - as well as for its colorful festivals, including the spectacular Carnival held on the three days leading up to Ash Wednesday. 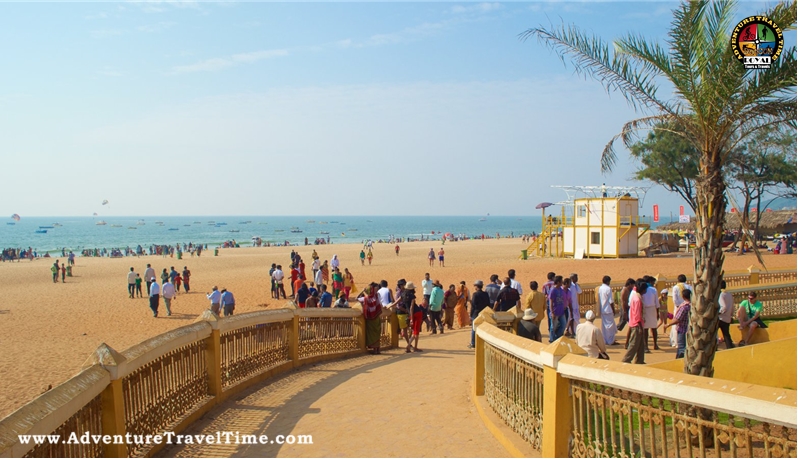 Termed as the Queen of Beaches, Calangute is the first choice for every tourist that lands on the soil of Goa. The Calangute beach has stretched its boundaries in the northeast of the capital city of Panaji. Being regarded as the largest beach in north Goa, this tourist spot remains crowded for the most part of the year. Flocked by tourists from all over the world, the place has transformed itself into a hub for party lovers. As the sun goes down, a mystic and electrifying breeze scatters around on the Calangute provoking the tourists to party all night. 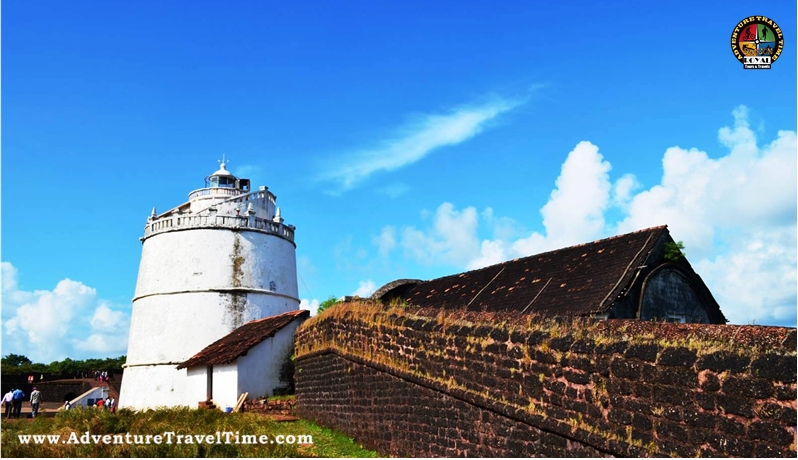 Perched on the rocky flat topped promontory bordered by the River Mandovi and the Sinquerim and Candolim beaches on the sides, the Aguada Fort derives its name from the freshwater (agua) fountains that are incorporated within the confines the of the fort. Aguada Fort is not a stupendous structure but act as the major tourist draw. The construction of this fort can be traced back to 1612, but the fort is one of the best preserved monuments that bear testimony to the Portuguese stronghold in this part of India. A portion of the Aguada Fort is still in use as Goa's Central Jail. The construction of Aguada Fort was a prompted by the necessity of screening Goa against the Dutch and the Maratha invasion. The upper ramparts of the fort enable the visitors to enjoy panoramic views of the surrounding countryside. One of the major highlights of the Aguada Fort is a towering lighthouse that is still operational. The impregnability of the fort can be ascertained by the fact that it has remained unassailable for almost 450 years. 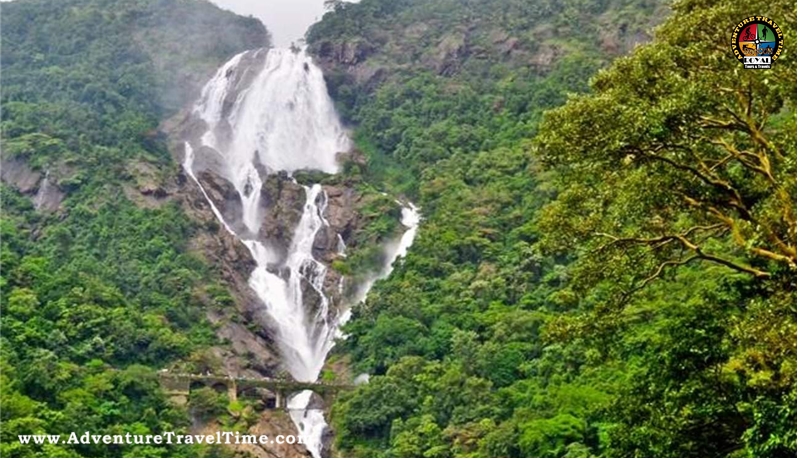 The Dudhsagar falls in Goa (the ocean of mik as it is often called) is one spectacular sight that you will not want to miss if you are in a vacation to Goa.The white curtain of water that plunges down 2000 feet into the rugged valley and said to be one of the highest waterfalls in India attracts a steady inflow of visitors every year, from the coast to the rugged Western ghats. Sight seeing in Goa can never be complete without visiting these falls. 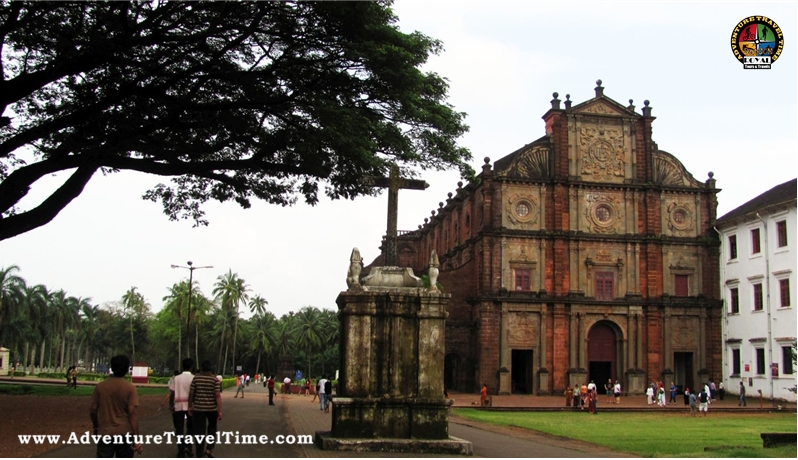 Basilica of Bom Jesus, Goa, is the most well known Church of Goa. This church is situated in Old Goa. Numbers of people visit this Church. This church has great significance among the Christian community of the World. This church is 16th century architecture and it is the first Minor Basilica in India. Basilica of Bom Jesus, Goa was built in 1605 and this recently becomes the World Heritage Monument. Inside the church there is the holy remains of St. Francis Xavier who was the pioneer saint of Goa. He was died on 2nd December 1552, during the sea journey to China. The meaning of Bom Jesus is Infant Jesus. The Basilica Bom Jesus is a tribute the infant Jesus. This is a baroque architecture and it is one of the finest designs of India. The church is made up of white marble and alter is gilded and furnished with beautiful frescoes. 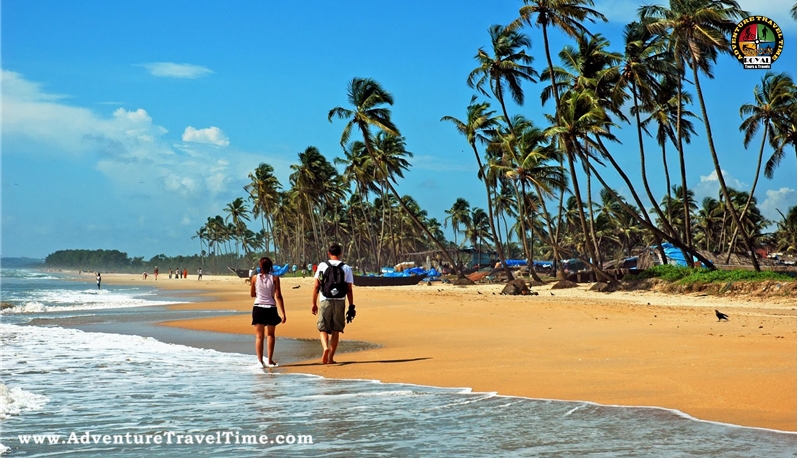 Goa's nightlife and beaches has always been dazzling. Anjuna beach is just a perfect choice to comprehend delight in your trip to Goa. The coastline is stretched over 30 km with rocky shores, glistening tides and boho vibe; merging to refresh your senses. This beach is located in Bardez of North Goa, 18 Km away from Panaji. Apart from chilling at the beach, travelers have the choice of hopping in one of the most happening nightclubs of Goa, or to shop in markets with abundant stock (Anjuna Flea Market, Saturday night bazaar etc). The shacks here have a massive choice of food to offer; so just munch and hail the beauty!.