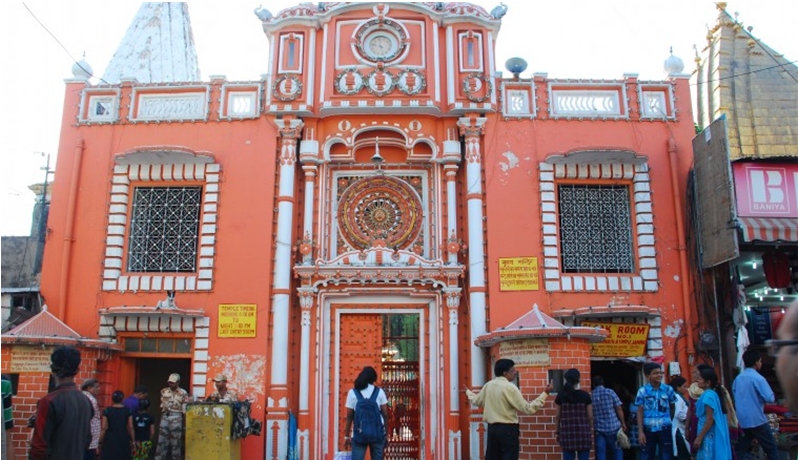 Jammu - The City of Temples

Jammu is justly famous for its temples. In fact it is known as the city of temples and the every fame of its tends to overshadow its palaces, forts, forests and powerful ziarats. If Bahu Mata is the presiding deity of Jammu, the dargah of Peer Budhan Ali Shah is the other shrine that protects Jammuites. The other major tourist attraction is the Ragunath Temple Complex. Maharaja Gulab Singh began the construction of the Raghunath Mandir Complex in the crowded downtown Bazaar named after it, in 1851. It was left to his son, Ranbir Singh, to inaugurate it six years later perhaps the most popular temple north of Benares, it contains representations of almost entire Hindu pantheon, though the emphasis falls on the various incarnations of Lord Vishnu. The complex houses a rich collection of ancient texts and manuscripts.

It is believed that the city was originally founded by Raja Jamboo Lochan who lived in fourteenth century B.C. The Raja had gone out one day for hunting when he happened to witness a tiger and a goat drinking water from one and the same pond. This extraordinary phenomenon set him thinking and he decided to build a city at this site so that the strong and weak could live together in peace and mutual tolerance. Eventually, he founded the city which came to be known as "Jamboo" after his own name. With the passage of time and due to its frequent use the pronunciation of the name got slightly distorted and the city, came to be known as 'Jammu' as it is called now.
Jammu is situated on a hillock, on the bank of river Tawi and is bound by Udhampur district in the north and northeast , Kathua district in the east and southeast, Pakistan (Sialkote) in west and Rajauri district and POK (Bhimber) in the northwest. Its skyline was once dotted with glittering spires of temples. These spikes are no longer visible as most of these are hidden behind multi storyed buildings. The city has numerous shrines for Muslims, Sikhs & Christians also. Jammu also serves as base camp for the holy shrine of Vaishno Devi. Jammu is also the Railhead of the state.

In fact it is known as the city of temples and the every fame of its tends to overshadow its palaces, forts, forests and powerful ziarats.

The temperature varies from cold in winter with minimum temperature touching even 0.9 degree Centigrade to heat wave in summers when the temperature shoots upto 46 degree centigrade. Jammu District is spread over an area of 3097 Sq Kms and has a population of about 15.88 lakhs as per the estimates of 2001. It is largest populated District of the state and second largest in terms of population density and falls under the category 'B'. The literacy percentage of the District is 77% in as per 2001 census which was highest in the state..

Administratively the District has been divided into 5 tehsils , 11 blocks 13 towns including one municipality 1192 villages and 201 panchayats including 41 command areas.

This District is having a National Airport situated at Satwari. This District serves as the Winter Capital of J & K state from November to April when all the offices move from Srinagar to Jammu. 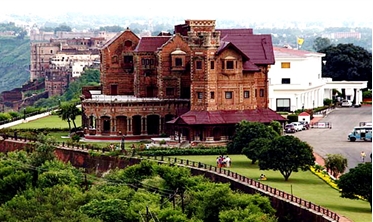 Amar Mahal once a revered Palace of Maharajas has been transformed into a museum was constructed in the 19th century for Raja Amar Singh. . Constructed in red sandstone in a beautiful setting, it is certainly a perfect destination to explore during your holidays in Jammu. 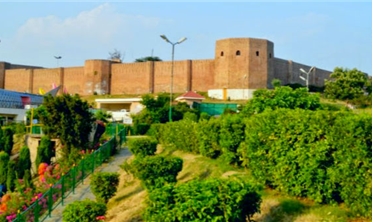 Nestled at a distance of 5 km from the city center, Bahu Fort and Garden lies on the left bank of the Tawi River. It was built by Raja Bahulochan more than 3000 years ago. It was renovated in 19th century by the Dogra rulers. The terraced garden, called Bagh-e-Bahu, around the fort is an added attraction. . 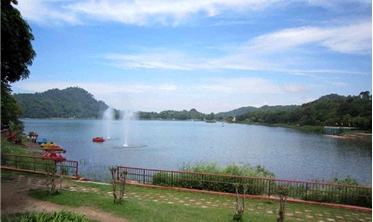 Amar Mahal once a revered Just 35 miles from Jammu, Mansar Lake is enclosed by wood-covered hills, 2 km in length and 1 km in width. It is a famed tourist attraction in Jammu where you can even enjoy the boating facilities offered by Jammu and Kashmir Tourism. . 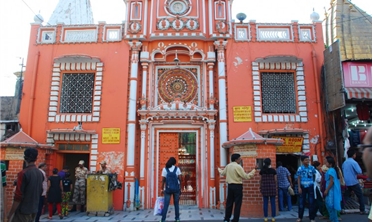 Standing right at the heart of Jammu is the Raghunath Temple- the largest shrine complex of North India. This complex is bejeweled with seven beautiful temples, each having a tower of its own. .