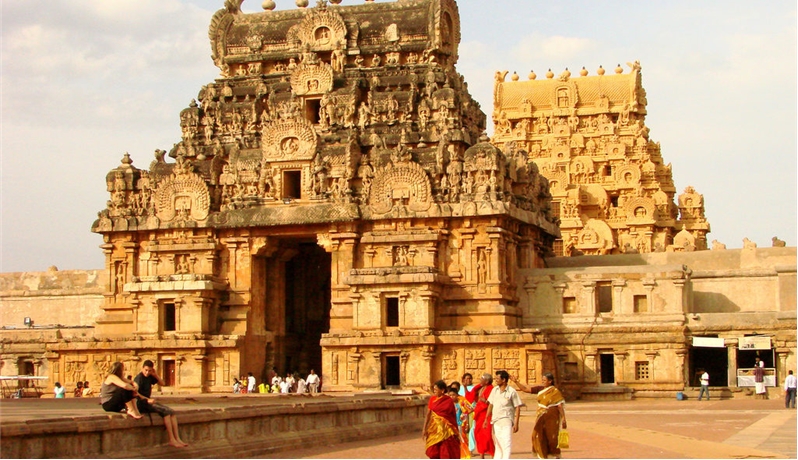 It is a tourist paradise. A glorious culture. A rich tapestry of history . A nature's paradise of blue beaches and clear skies..... a modern state. To get a full view of this enchanting state, you are most welcome to Tamilnadu any time.

You can revel on the Marina beach or go cruising in the theme parks or let your mind rest in peace in the midst of magnificent-temples. You may walk through the living traditions and relive the timeless past. Holidaying in Tamilnadu will cool your feelings and carry home happy memories. Come to this land. 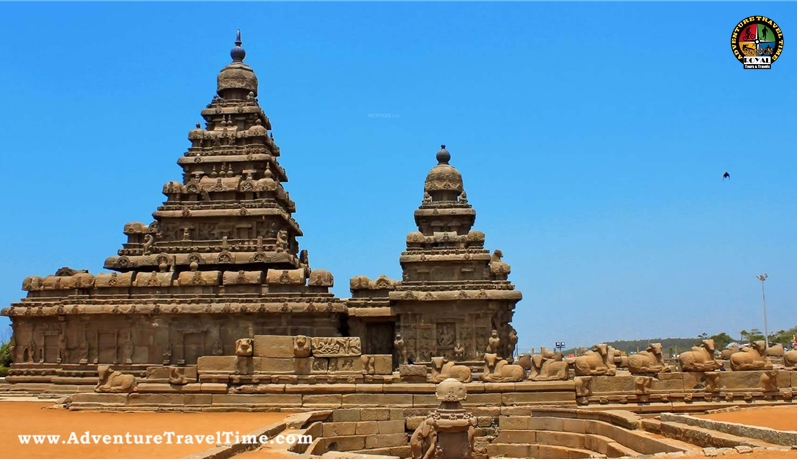 The Capital City of Tamil Nadu and fourth largest in India, has one of the finest beaches in Asia. It was founded with the construction of Fort St George in 1640 A.D by Francis Day of the East India Company.

Today, Madras is a curious mixture. While it retains the old legacy of the British East India Company and is in some ways, a conservative bastion in social and religious matters, it is also the Hollywood of South India, and simultaneously, a stronghold of traditional Tamil culture. There are churchyards, staid residential areas and prim gardens, alongside high, jazzy cinema posters with giant-sized cutouts of actors and actresses. 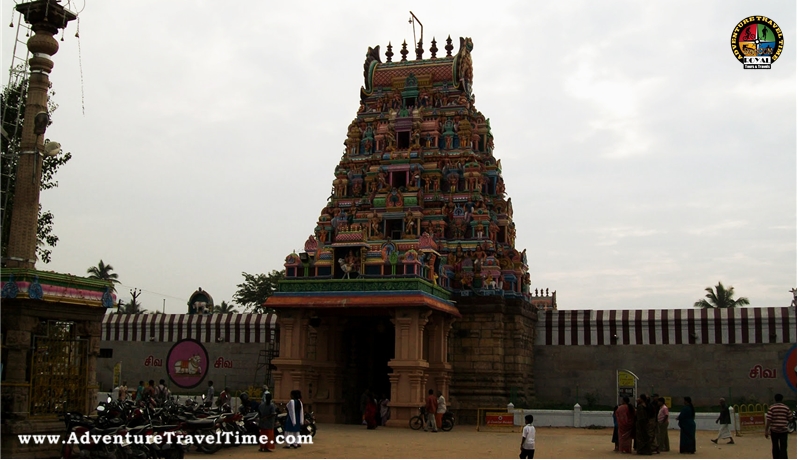 Coimbatore or Kovai (as known in the local lingo) is situated on the border between Kerala and Tamilnadu somewhere in the exact middle of Tamilnadu. Coimbatore is the third largest city in Tamilnadu.

It is also the district headquarter of the Coimbatore district. It is the centre of textile manufacturing in the state and there are over a hundred mills in and around. Tirupur, a place nearby but within the district, exports the maximum clothing from the country. Hence, Coimbatore is also known by the sobriquet Manchester of South India.


The headquarters of the Nilgiri region, its exposure to the Palghat Gap of the Western Ghats gives Coimbatore a pleasant weather most of the time. But the summers are not bearable.

Coimbatore is accessible by air, rail and road. There is a domestic airport in the outskirts of the city for fliers. There are hotels of all ranges from non-star to five-star for any kind of visitor to the city. The variety in restaurants are also high, except that majority will be serving South Indian food and will be vegetarian. The bus service also connects all parts of the city.

Coimbatore has a lot to offer a leisure traveller as well. It's ornately carved temples, its lovely landscape of hills, valleys and waterfalls, a salubrious climate and the excellent amenities - all add up to give a great time to a tourist.

Other places around Coimbatore are the Anamalai Wild life Sanctuary (situated in Pollachi about 45 Km from Coimbatore), Amaravathi Reservoir in Anamalai (find a lot of crocodiles there), Topslip (a picturesque locale in the Anamalai Hills), Siruvani Water Falls & Dam (37 kms from the city, the water of Siruvani is known for its taste) and Valparai (102 kms from Coimbatore in the Western Ghats in Anamalai range, it has many tea plantations).

There are also a lot of hill stations around Coimbatore, the famous being Ooty (Popularly known as the Queen of Hill Stations), Coonoor, Kothagiri, Kodaikanal, Mettupalayam and Yercaud. Amusement parks and Water parks like Black Thunder are also worth a visit. 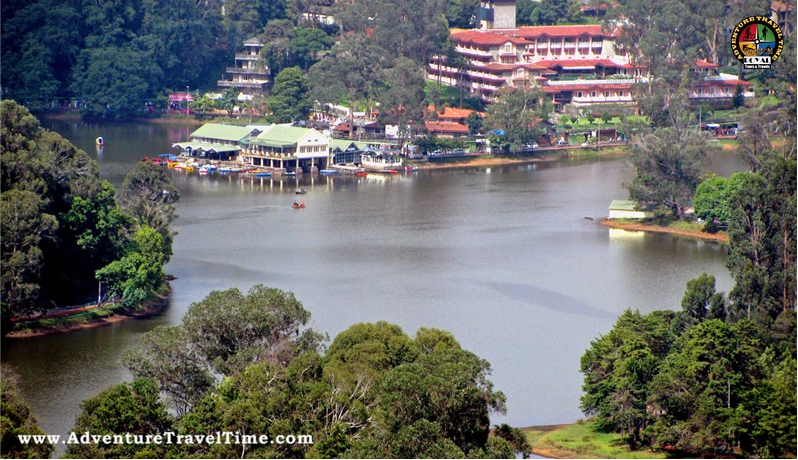 At an altitude of over 7,000 feet in the Western Ghats lies Kodaikanal, the beautiful hill station of Tamil Nadu. A sojourn away from the dust and grime of the city, Kodaikanal offers a cool respite. There is scenic grandeur and many an alluring spot including the spectacular Pillar Rocks, the serene Coaker's Walk and many magnificent waterfalls. The lake with its 5 km long promenade is popular with visitors. Kodaikanal is easily accessible by road. 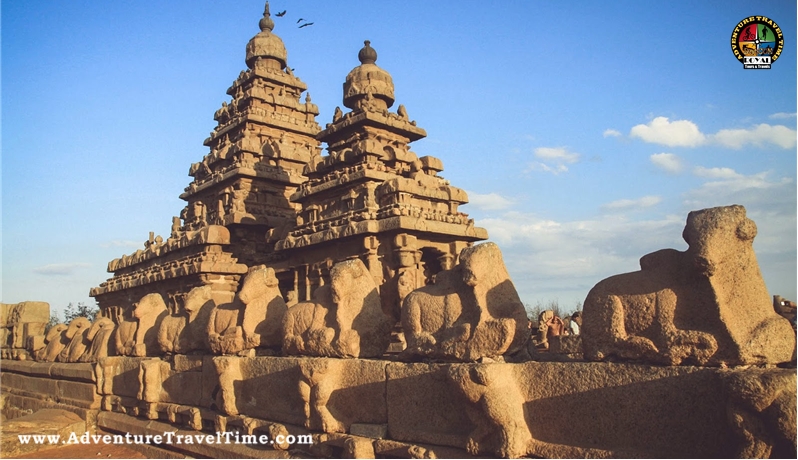 At a distance of 57 km from Chennai, 65 km from Kanchipuram, 96 km from Pondicherry, 420 km from Madurai and 290 km from Trichy, Mahabalipuram (also called Mamallapuram) is situated in Kanchipuram district in the state of Tamil Nadu. It is famous for its shore temples built in 7th century. Mahabalipuram is one of the must visit weekend getaways from Chennai for one day trip. This also a major historical / heritage site in Tamil Nadu and one of the best places to experience Tamilnadu Tourism. 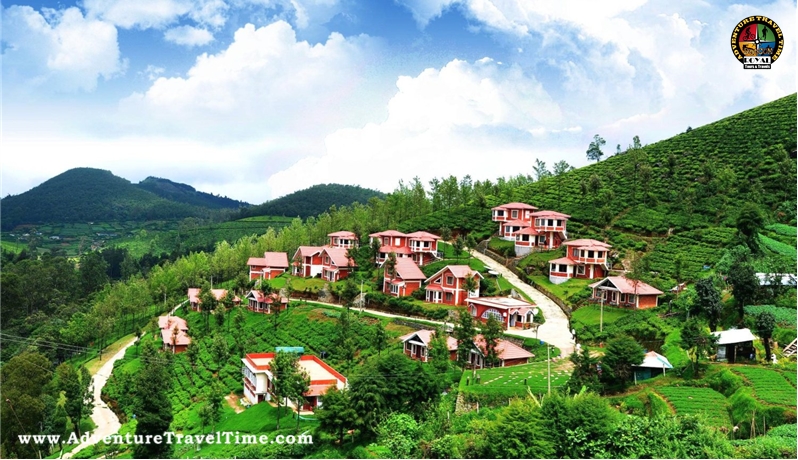 At a distance of 89 km from Coimbatore, 128 km from Mysore, 265 km from Bangalore,158 km from Kozhikode, 244 km from Munnar, 254 km from Kodaikanal, 18 km from Coonoor & 556 km from Chennai, Ooty is one of the best hill stations in India and also one of the top places to experince Tamilnadu Tourism.

Also known as Udhagamandalam, Ooty is often referred to as 'Queen of hill stations'. It is the capital of Nilgiris district in the state of Tamilnadu. Nilgiris means 'Blue Mountains'. A land of picturesque picnic spots & lakes, it was a popular summer and weekend getaway for the British during colonial days. It is situated at an altitude of 7,440 feet (2,240 meters) above sea level.

Apart from pleasant weather, Ooty Lake, Botanical Garden, Rose Garden, Wenlock Downs, Pine Forest, and Emerald Lake are the popular Ooty sightseeing places. The toy train, known as Nilgiri Mountain Railway that runs from Mettupalayam to Ooty is a UNESCO World Heritage Site and a must be experienced. The train route wends its way through many hair-raising curves and fearful tunnels and chugs along beside deep ravines full of verdant vegetation, gurgling streams and tea gardens. The train route was developed by the British engineers in 1908, covering 42 kilometers length with 108 curves, 16 tunnels and 250 bridges. 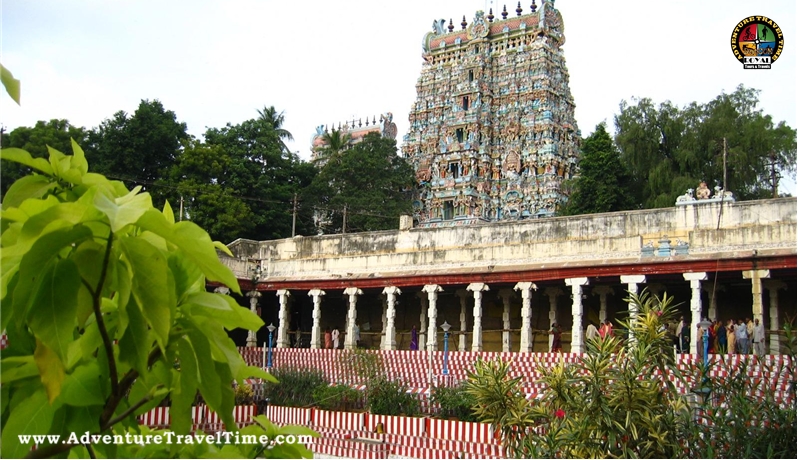 At a distance of 464 km from Chennai, 136 km from Trichy, 169 km from Thanjavur, 170 km from Rameswaram, 114 km from Kodaikanal & 209 km from Coimbatore, Madurai is the third largest city in Tamilnadu and one of the most famous centers of pilgrimage in India and also the prime site of heritage in Tamil Nadu. The city is very well known for Madurai Meenakshi Temple and is one of the top Places to visit in Tamilnadu.

Situated on the banks of the River Vaigai, Madurai is also referred to as Athens of the East and Temple Town. Madhurai is the oldest continually inhabited city in the Indian peninsula, with a history dating all the way back to the Sangam period of the pre-Christian era. It has been inhabited since at least the 3rd century BCE. It is considered as the cultural capital of Tamilnadu.

Madurai was the seat of power of the Pandyan Empire. It was built by the Pandyan king Kulasekhara and was the capital city of the great Pandya kings of South India. It was later ruled by Cholas, Later Pandyas, Madurai Sultanate, Vijayanagara, Madurai Nayaks and finally British. Pandyas and Nayaks contributed enormously to the development of Meenakshi Amman Temple and Madurai city.

Meenakshi Amman Temple (known as Madhurai Meenakshi) is the biggest landmark of Madurai. It is one of the largest temples in India. The temple has a stunning architecture and a significant testimony for Vishwakarma Brahmins for their master architecture in sculpting this temple. The core city of Madurai is built parallel to the streets of Madhurai Temple.

Along with Meenakshi Temple, Thirumalai Nayak Mahal & Koodal Alagar Temple are other important places to visit in Madurai. Madurai is also a base station to visit Trichy, Thanjavur, Rameswaram and kodaikanal.

The Sangam period poet Nakkeerar is associated with some of the Tiruvilayaadal episodes of Sundareswarar - that are enacted as a part of temple festival traditions even today. 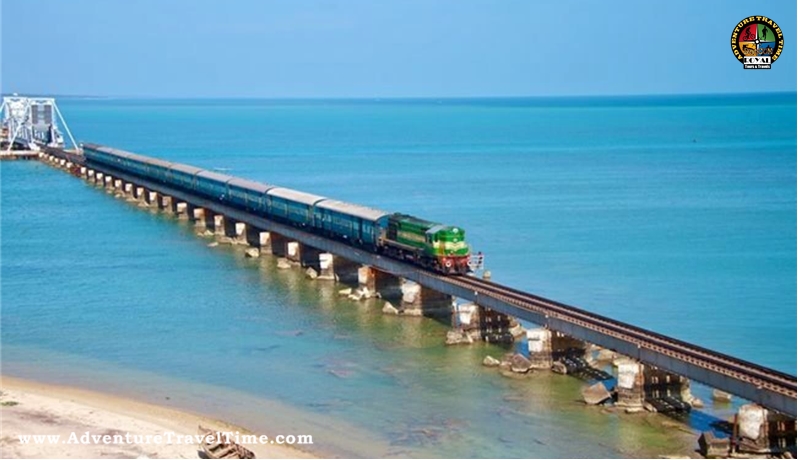 At a distance of 562 km from Chennai, 227 km from Tirunelveli, 311 km Kanyakumari, 387 km from Pondicherry, 230 km from Trichy, 171 km from Madurai, 371 km from Trivandrum and 607 km from Bangalore, Rameshwaram is one of the most famous Pilgrimage centers in South India & also a Jyotirlinga, situated in Ramanathapuram district of Tamil Nadu. Rameshwaram is also one of the best Tourist places in Tamilnadu.

Rameshwaram Temple is one of the most famous Shiva shrines in India. It is significant for Hindus as a pilgrimage to Banaras is incomplete without a Pilgrimage to Rameswaram. According to the legend, Rameswaram is the place from where Lord Rama, built a bridge across the sea to rescue his consort Sita from Ravana. This is also the place where Rama worshipped Lord Shiva to cleanse away the sin of killing Ravana. Both the Vaishnavites and Shaivites visit this pilgrimage which is known as the Varanasi of South. Rameswaram along with Dwarka, Puri and Badrinath form the four Char Dhams.

Sri Ramanathaswamy Temple, Agnitheertham, Gandamadana Parvatham, Dhanushkodi, Kothandaraswamy Temple and Erwadi are the popular and the most visited pilgrimage attractions of Rameshwaram. Sri Ramanathaswamy temple (Rameswaram Temple) is one of the most fascinating temples in entire India. This is renowned for its magnificent corridors and massive sculptured pillars. The third corridor of Ramanathaswamy temple is the longest one in the world. The presiding deity here is in the form of a Linga with the name Sri Ramanathaswamy, it also happens to be one of the 12 Jyotirlingas. This temple stands as an epitome of Dravidian architectural style of the medieval ages.

There are about 64 thirthas situated in Rameshwaram, of which, 24 are considered as important. Bathing in these Tirthas is a major aspect of the pilgrimage to Rameswaram and is considered equivalent to penance. Twenty-two of the Tirthas are within the Ramanathasvami Temple. Ramanathapuram, Tirupullani, Uthirakosamangai, Sethu are the nearby attractions to Island of Rameshwaram. Beautiful beaches at Olaikuda, Danushkodi and Pamban are other attractions apart from the religious point of view. Scuba diving and Migratory birds watching during winter are the activities here.